Bamboo toothbrushes and justice for the poor

Posted by Anne Witton on Monday, January 1, 2018 Under: Reflections 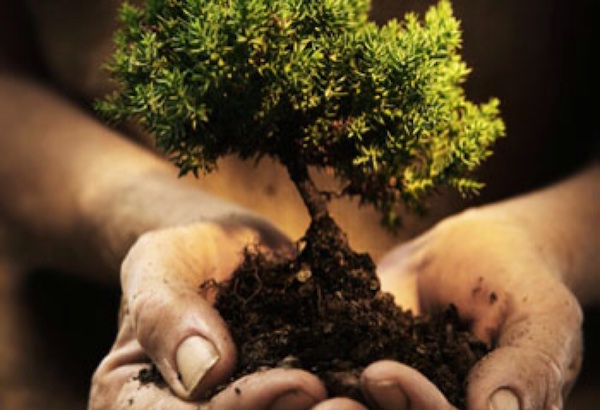 Christians - especially evangelicals - are sometimes rightly criticised for being environmentally irresponsible and simply not caring enough about living sustainably on the earth. It’s hard for church to be attractive to my ethically aware friends when they’re confronted by hundreds of disposable plastic communion cups. And I must admit that for a long time I thought of environmentalism as an ‘optional extra’ rather than an integral part of my obedience to Jesus.
It’s clear right from the start of Genesis that God has given us a mandate to be responsible stewards of the good creation that he has made.
“God saw all that he had made, and it was very good.”
Genesis 1: 31
“The LORD God took the man and put him in the Garden of Eden to work it and take care of it.”
Genesis 2: 15
The world that God has made is beautiful and he has called us to look after it. Gardeners tend their gardens with love, care, patience and skill. We must do the same with the planet.
Our rebellion against God has affected not just our relationship with God and with each other, but with the whole of creation. We now live in a world where resources are unfairly distributed; where greed supersedes need; where the oceans are full of plastic because of our selfish choices.
The people worst affected by rampant consumerism and climate change are often the poorest communities on the planet whose homes are wrecked by flooding, drought and pollution. We can’t just ignore how our actions, or lack of action, are affecting our brothers and sisters around the world. God is a God of justice for the poor and that needs to be on our hearts too.
“The righteous care about justice for the poor, but the wicked have no such concern.”
Prov. 29: 7
The good news is that God will liberate not just his people, but his good creation:
“the creation itself will be liberated from its bondage to decay and brought into the freedom and glory of the children of God.”
Romans 8:21
The gospel hope is that the whole of creation will be redeemed and renewed and we can be part of living out that gospel hope now.
My aim for 2018 is to be better at looking after God’s wonderful creation. Here are some ideas that I’m trying. Do let me know your ideas in the comments.
Further resources
Websites
Articles
Books