Posted by Anne Witton on Wednesday, August 16, 2017 Under: Reflections 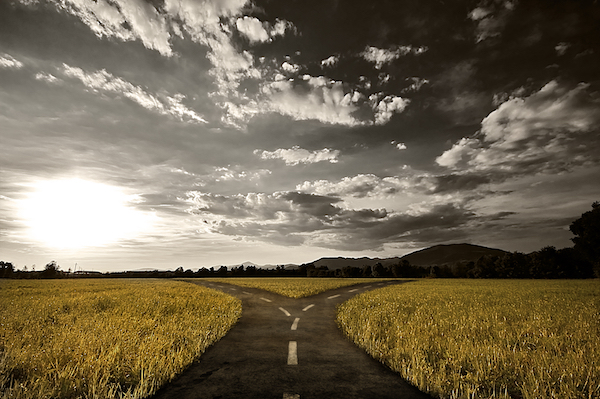 It seems that we’re living in a post-truth world, surrounded by fake news in a post-modern culture of extreme moral relativism. How many times have you heard someone say, ‘Well that might be true for you, but it isn’t true for me.’ or ‘This is my truth’?

A difficulty with moral relativism is that right and wrong become simply a matter of opinion. There is no intrinsic rightness or wrongness and no substantive or qualitative difference between 'Don't drive through a red light' and 'Don't murder'. If there is no external source of reference to point to, then everyone makes their own truth claims which are impossible to assess for moral validity (as opposed to social convention). This certainly isn't a new idea (Plato says 'Man is the measure of all things') and there were people in the Bible who just did what they wanted (Judges 17:6 for example). The result is a serious inability to know right from wrong.

However, God defines right and wrong. He has put in our hearts a recognition of these absolutes in the form of our conscience, which we can choose to listen to or attempt to quash because we want to go our own way and live a self-centred life. If we choose to listen to God, he delights to lead us into a life of purpose, direction and joy (although it must be noted that the Bible does not promise freedom from suffering and pain this side of the new creation. In fact, it tells us that we'll expect to suffer as his followers!)

If we see God as a distant taskmaster, setting out rules that we must follow otherwise we'll be punished, then Christianity looks horrible. If, however, we know God to be a kind Father who loves us abundantly, who wants the best for us in everything and is the very definition of love and goodness, then the moral values that derive from him will be freeing and life-giving rather than restrictive.

Jesus said “The thief comes only to steal and kill and destroy; I have come that they may have life, and have it to the full.”
John 10:10 NIV

Tags: morality relativism good "right and wrong"
« Back to posts