The strange little band of the gospel

Posted by Anne Witton on Monday, November 19, 2018 Under: Move magazine
'Mission in Community' is the theme of the latest edition of Agapé's MOVE magazine. In it, the principal of my college, Rosalee Velloso Ewell, has written a profoundly challenging piece about being on mission together: 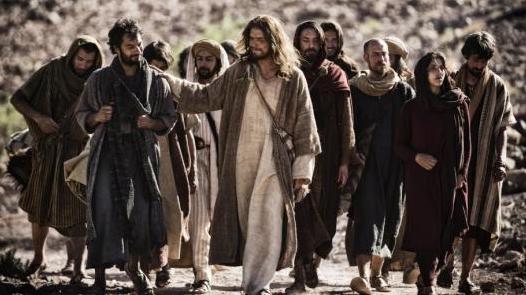 "I would suggest that one of the greatest challenges to the gospel in Western culture is independence and the individualism that goes with it. There is nothing Christ-like about being independent.

In the Bible, when independence is prized, things go badly. Adam and Eve sin so that they might have ‘free minds’ under the knowledge of good and evil; David kills Uriah so that he can have his wife; Judas leaves the disciples’ community to betray Jesus. Independence is not a valued character trait in the Bible, though our society seems to like it very much. In my eyes, this gives Christians an even greater reason to bring the gospel to all people, and to press into the question that goes against such individualism: what are we inviting people into?

I want to look at the example of one of my favourite people in the Bible, Peter. Temperamental, competitive, speak-first-think-later, Peter. Maybe you're a bit like him!

In Luke 5, having just dropped everything to follow Jesus, Peter and his friends witness the healing of two people, and are then confronted with a huge challenge, as Jesus calls the next disciple: Levi, the tax collector.

Now, in their society, culture, and religion, this was not done. Fisherman and tax collectors belonged to two very different groups; there was nothing normal about Peter and Levi being put into the same little band. Fishermen were at the bottom of the social scale: people running the family business, trying to survive under the rule of a foreign power. Though poor, they were devout Jews: they tried to live by the Mosaic laws, to go to prayers, and to respect the words of the law-keepers, the Pharisees. Fishermen were exploited by people like Levi. A tax collector was someone who served the evil empire; a corrupt official who took money from his own people to give to the Romans and pocket for himself. This man was a religious outsider, too. And yet we know that like the fisherman, Levi also accepted Jesus' invitation to follow him. If Peter wanted to be near Jesus, he would also have to be near Levi. What was Jesus thinking?

For Peter, learning to follow Jesus and be a part of his kingdom meant learning to be with those with whom he didn't get along. Sometimes, loving one's neighbour is the same as loving one's enemy.

As we get closer to Jesus, we get closer to one another. This isn't always easy. In fact, it's usually pretty hard, as Jesus is the one choosing those who join the band. Like Peter, I think we would prefer to choose our own band mates! But that's not how Jesus does things. In John 17, he prays that we would be one so that the world will know him and the Father who sent him. In John 13, he says that it is by our love for one another that we are known. This unity, this love, is a key part of the missionary calling of the people of God.

Mission in twenty-first century Britain must be about learning the hard lessons of friendship and loving one's neighbours, even when we don't like them. If we as Christians are to be united by Jesus and in Jesus, then we are going to have to be with others who are also called to be close to Jesus. He is doing the calling, not us.

We don't grow closer to Christ in a vacuum. We need one another if we are to grow deeper in our faith and to learn to love our neighbour as Jesus loves. To be faithful in mission we need to be those Christians who dare to cross the boundaries, for the sake of Jesus and the mission into which he draws us, so that the world will know the triune God."

Excerpt from a lecture given at Agapé’s National Leadership Forum in May 2018.

Dr Rosalee Velloso Ewell is the Principal of Redcliffe College and is part of the Christian community called Companions for Hope: www.companionsforhope.com. Previously, Rosalee served as Executive Director of the Theological Commission for the World Evangelical Alliance. She is the author or editor of various books and articles and lives in Birmingham with her husband, Sam, and their three children.