Why I agree with the atheists: 9 reasons I’m pleased that Christendom is crumbling

Posted by Anne Witton on Thursday, March 22, 2018 Under: Reflections 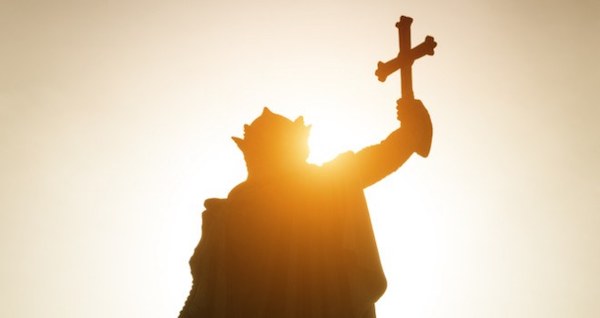 You may have seen a recent Guardian article with the headline “'Christianity as default is gone': the rise of a non-Christian Europe.”
Lots of vocal atheists are hailing this as good news, and there are 9 reasons why I agree with them.
But first, a (very short) history of Christendom. Christendom can be defined as simply the global community of Christians, but that’s not how I’m using the term here. Bishop Curry in ‘Farewell to Christendom: The Future of Church and State in America’ defines Christendom as “the system dating from the fourth century by which governments upheld and promoted Christianity.” and this is the definition I’m using.
Christianity went from a rag-tag collection of persecuted outsiders in AD33 to the official religion of the Roman Empire under Constantine in the fourth century AD. The church’s power grew as the Roman Empire spread and the church held sway in Western Europe pretty much unchallenged until the Enlightenment in the 18th Century. The Protestant Reformation from 1517 ushered in a much-needed challenge to discover salvation by grace alone and elevate the Bible above church tradition, but it didn’t shake up the fundamental structures of Christendom itself. It wasn’t until the 19th century that Western Europe started to see increasing atheism and secularism that ultimately led to today’s largely secular humanist culture.
This intertwining of church and state hasn’t been all bad. There are many who have used the structures of Christendom to bring about life-giving societal change (for instance William Wilberforce and the abolition of slavery), and it leaves a lasting legacy in much of our culture, particularly our legal system and education.
But there are significant problems with a ‘state-sponsored church’ which is why I, like my atheist friends, am glad that we’re now living in a post-Christendom world.
My prayer is that as Christianity is once again becoming separated from state power and pushed to the margins, followers of Jesus will adopt a new spirit of humility, love and service. May we challenge state oppression and abuse of power, may we stand with the marginalised, poor and broken-hearted. May many be drawn to see Jesus through fresh eyes as the distortions of Christendom are stripped away. And may we demonstrate the wonderful love of the Lord Jesus in all we think, say and do.
For further reflection
This post owes much to Stuart Murray’s excellent article: Christendom and Post-Christendom
Nomad podcast often had thoughtful interviews with contemporary thinkers navigating the post-Christendom waters
David Blower's thoughts on Kingdom and Empire are well worth reading.