Why I'm excited about the We Are Women project

Posted by Anne Witton on Monday, February 8, 2016 Under: Ministry 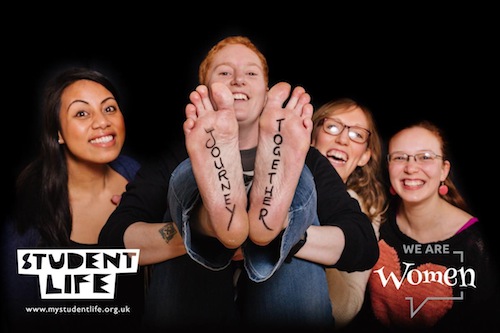 The We Are Women project has been going really well and it's been a privilege getting to know so many amazing women with different stories to tell. It's also been brilliant partnering with The Holy Biscuit for the photo shoots and exhibition knowing that they share our vision for helping women to find their identity in Christ. Here's some stuff I recently wrote for their blog about why I'm excited by the We Are Women project:

At the heart of the Christian faith is the belief that women, like men, bear the stamp of God's own image – and that men and women were created equal. Far from degrading women, the Christian faith promotes feminine freedom, dignity, and honour. The Bible tells us that true feminine beauty is not about external adornment, rather, it comes from our inner selves.

The Bible is revolutionary. And there is no clearer demonstration than what it teaches about genuine femininity.

In Biblical times women in pagan societies were often treated like animals. Well-known Greek philosophers taught that women were inferior and the Roman empire usually regarded women as the personal possessions of their husbands or fathers.

Our modern society expounds the freedom of women. But are we really free? Pornography treats women like objects, and across the world women are victims of trafficking for sexual slavery.

Contrast all this with the Bible. Rather than being outdated and oppressive, the Bible exalts women against cultures that distort, degrade, and debase them. The Bible does teach that men and women have different roles to play. Yet women are not marginalised or given second-class status. Rather, the Bible celebrates the intellect, talents and abilities of women – and that's what We Are Women seeks to do too.